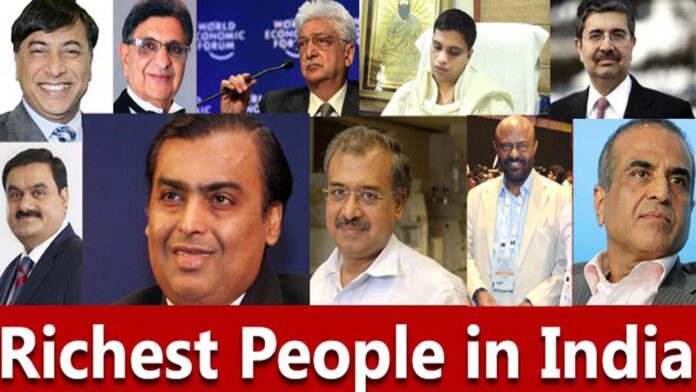 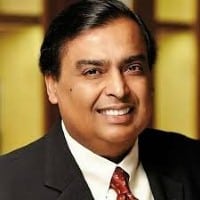 He is currently ranked 13th in the list of world’s richest person as of May 2019. He has almost 52% stakes in Reliance Industries. Ambani surpassed Jack Ma, founder and executive chairman of Alibaba Group to become Asia’s richest person with a net worth of $44.3 billion in July 2018. Top 10 Richest Person in India

Mukesh Ambani is the oldest son of Dhirubhai Ambani. Mukesh Ambani was born on 19 April 1957 in Aden, Yemen and brought up in Mumbai. He graduated in Chemical Engineering from the Institute of Chemical Technology.He is a fan of Bollywood movies where he watches three movies a week because he says, “you need some amount of escapism in life.” 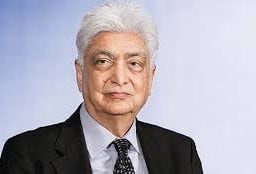 Azim Premji is the second richest person of India and is referred to as the Czar of the Indian IT Industry. He is an Indian billionaire, business tycoon, investor, philanthropist and currently the chairman of India’s third largest software company Wipro Limited. Wipro Limited is an India-based IT, Consulting and business process services (BPO) company headquartered in Bangalore, India.

The Government of India honoured Azim Premji with Padma Bhushan in 2005 and awarded Padma Vibhushan, the second highest civilian award in 2011 for his excellent work in the field of trade and commerce.

Premji was born on 24 July, 1945 in Mumbai and currently resides in Bangalore. Premji has pursued Electrical Engineering (equivalent to a Bachelor of Engineering) from Stanford University, USA. He took over his family’s cooking oil business after the death of his father in 1966. Premji owns 73% percent of Wipro. He is also the first Indian to sign up for The Giving Pledge, a campaign led by Bill Gates and Warren Buffett. The Giving Pledge is focused on encouraging the wealthiest people to make a commitment to give most of their wealth to philanthropic causes. Top 10 Richest Person in India

He is the owner of Karrick Limited and the Co-owner of Queens Park Rangers F.C. He is popularly known as the King of Steel. In 2007, he became the richest Asian person in Europe. His company has been facing some losses after the acquisition of an Italian company but Lakshmi Mittal is growing every day and his companies have reported double-digit growth from past years. Top 10 Richest Person in India

Lakshmi Mittal was born on 15 June, 1950 in Sadulpur, Rajasthan to a traditional Marwari family. He currently resides in London. He pursued his B.Com degree from St. Xavier’s College, Calcutta. Mittal is known for his lavish lifestyle and incredible success statement.

Hinduja Group is one of the biggest international company in India. First founded by Parmanand Deepchand Hinduja, the company is now run by his sons Shrichand, Gopichand, Prakash and Ashok. Even though the founders are of Indian origin, the headquarter of the company is situated in London. Also, this is the reason Hinduja Group is among the wealthiest companies in Britain too. Top 10 Richest Person in India

He was honoured with Padma Bhushan in January 2016 by the Government of India for his contributions in the field of trade and industry. A book titled The Moguls of Real Estate short biography of Mistry was written by Manoj Namburu in 2008.

Mistry was born to a Parsi family and currently lives in Malabar Hills, South Mumbai. Studied in Imperial College of London Pallonji Mistry has inherited this construction business from his father. Mistry is an Irish citizen since 2003 by giving up his Indian Citizenship to marry an Irish-born national. Pallonji Mistry is the richest Irish person with the net worth of 16.2 billion USD. He has a keen interest in horses and also owns a stud farm. Despite being an Irish Citizen he has contributed and continues to contribute to the development of India. Top 10 Richest Person in India

In 1976 Nadar founded HCL, which was a huge contribution to the IT sector of India. Nadar was honoured with the third highest civilian award Padma Bhushan by the Government of India in 2008. Madras university honoured him a doctorate degree in the year of 2007. He was counted amongst Forbes’ 48 Heroes of Philanthropy in the Asia Pacific in 2011.

Nadar was born 14 July 1945 in Tamil Nadu. He currently lives in New Delhi.He founded HCL in 1976 with an initial investment of Rs. 187,000. Nadar is also nicknamed as Magus by his friends (meaning ‘wizard’ in Persian).

The Godrej company have it’s root from 1897, in almost every sector. The company was founded by Pirojsha and Ardeshir Godrej. Now, the business is run by their grandsons Adi, Nadir and Jamshyd. Adi Burjorji is the head of the Godrej family and Chairman of Godrej Group. He is also the chairman of the Indian School of Business since April 2011. Top 10 Richest Person in India

The founder, Ardeshir decided to make locks, seeing the increasing crime rate in the city, in 1897. His brother helped him in this business and now, Godrej is one of the biggest company in many sectors. Smita Godrej is a third-generation heir of the Godrej family.

Dilip Shanghvi is the founder of Sun Pharmaceuticals that manufactures and sells pharmaceutical formulations and active pharmaceutical ingredients (APIs) primarily in India and the United States. He founded the company in Vapi with a capital of INR 10,000 in 1982. Currently, Sun Pharma is the largest drug company in India and the fifth largest in the world.Its drugs have always been high in demand, and its major markets include India, USA, and Japan. Top 10 Richest Person in India

Dilip Shanghvi was honoured with Padma Shri in 2016.He was appointed by the Indian government to RBIs 21-member central board committee.

He was born on 1st October 1955, in Amreli, Gujarat. Dilip pursued B.Com from the University of Calcutta. He did his schooling and graduation of J. J. Ajmera High School and Bhawanipur Education Society College, respectively. Dilip Shanghvi is still considered as the richest businessman in Drug and Pharma Sector.

Kumar Birla is an Indian industrialist and the chairman of Aditya Birla group. He is also an educationist. Kumar Birla is the Chancellor of Birla Institute of Technology & Science (BITS). He is the Chairman of IIT Delhi, IIM Ahmedabad and Chairman of Rhodes India Scholarship Committee for Oxford University. Kumar serves as Asia Pacific Advisory Board of London Business School and is an Honorary Fellow of the London Business School. Top 10 Richest Person in India

He took over the Birla group after the demise of his father in 1998 when he was 28. Under him, the company expanded from $3.33 Billion in 1995 to $41 billion in 2015. He is awarded “CEO of the Year” award by the International Advertising Association, Economic Times’ “Business Leader Award” in 2003 and 2013. Birla heads the merged company Vodafone Idea Limited as the Chairman and holds 26% of the company shares.

He was born on 14 June 1967 in Calcutta and brought up in Mumbai. He studied B.Com from HR College of Commerce and Economics, MBA degree from London Business School, and CA from ICAI (India).

Gautam Adani is an Indian billionaire industrialist. He is the chairman and founder of the Adani Group. Adani Group is an Ahmedabad-based conglomerate involved in port development and operations in India. He is also the president of the Adani Foundation which operates to nurture communities in four chosen areas – Education, Healthcare, Sustainable Livelihood & Rural Infrastructure development. Top 10 Richest Person in India

Adani was born on 24 June 1962 in a Bania family in Ahmedabad, Gujarat. He did his schooling from Seth CN Vidyalaya in Ahmedabad. He is a B.Com dropout from Gujarat University. Top 10 Richest Person in India