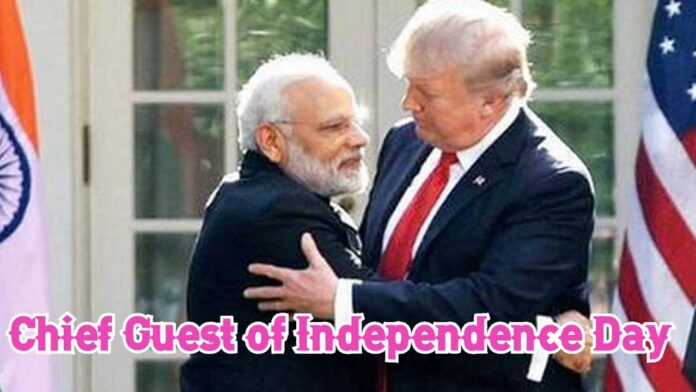 The Prime Minister of India unfurls the national flag at the Red Fort every 15th August, marking the independence of the Nation. No Chief Guest or Guests visits the country on the occasion of Independence Day.15 august chief guest

However, guests are invited to attend the Republic Day parade ceremony every year. In 2017, the Crown Prince of UAE, Mohammed bin Zayed Al Nahyan attended the ceremony.

Leaders of 10 Association of South-East Asian Nations (ASEAN) countries have confirmed their participation in the 2018 Republic Day celebrations, as stated by Preeti Saran, Ministry of External Affairs (MEA) Secretary (East).

This year the chief guest is Cyril Ramaphosa, the President of South Africa. Earlier there were hints that the US President Donald Trump would grace the ceremony. But his administration declined the invitation stating that Trump had a crowded agenda and therefore, wouldn’t be able to make it on the Republic Day of India.15 august chief guest